France: Context and perspectives for the present struggle. A warning.

Macron's pension reform threatens a major setback for the the rights and living conditions of working people in France. It is the latest episode in the reactionary policies that have been implemented by successive governments over many years, including the supposedly "socialist" government of Francois Holland.

Pensions have been the subject of many counter-reforms, but the current one is the worst of all. It will effectively put an end to the socialised pension scheme set up in the years following the last World War, and wherein pensions are financed by the contributions of the working population. It will reduce pensions and push back the age at which people can retire on a full pension.

As a skilled “spin doctor”, Macron has taken care to hide the real substance of his reforms behind a barrage of lies that the communist newspaper L’Humanité has analysed and denounced in a recent special edition. Macron claims that the “points system”, which means that pension schemes will be little more than personal savings accounts, will be fairer and more "equitable". On the contrary, it will greatly exacerbate the inequality which exists even at the present time, before the reform. All the simulations of how the reform would affect different categories of the working population demonstrate this very clearly.

In Sweden, after the introduction of a point system in the 1990s, 92% of current retirees have a lower pension than they would have had with the previous model, and the number of retirees officially classified as "poor" is almost twice as high as in France (7.5% in France, 14.7% in Sweden). Under the points system, pensions will take into account periods of low wages and unemployment to a greater degree. The more someone is unemployed, working part-time or on sick leave, the more pensions will be negatively impacted. The most affected will be women, the disabled, the sick, the long-term unemployed and casual workers. The central aim of this reform is to open a market worth hundreds of billions of euros to the banks and insurance companies, by pushing millions of citizens into ‘provident contracts’ in the hope of compensating for their losses.

The main aim of the reform is to open up a market worth hundreds of billions of euros to banks and insurance companies, by forcing people into buying into private pension funds in order to offset their losses. A mass movement of strikes and popular resistance is under way to counter this new capitalist offensive. In 2018 and 2019, with the railway workers' strike and then the “yellow vests” movement, we saw the end of the relative social calm that had set in since the great struggles of 2010. The movement currently underway is both powerful and encouraging.

But we should not underestimate the enemy. For Macron to give up his reform would be disastrous for him, putting him at odds with the firm commitments he made to the financial sharks of the Stock Exchange. If he fails, his government will be effectively paralysed, as was the government of right-wing Prime Minister Alain Juppé under the presidency of Jacques Chirac, after the public sector general strike of 1995. This means that for the current strikes and demonstrations to some chance of success, they must be broadened out, become more massive and powerful, by mobilising workers in the private sector. A more vigorous revival of the "yellow vests" movement is necessary, reinforced by school and university students throughout the country. Macron will try to divide the movement by making temporary concessions to some sections of workers, and by leaning on the treacherous leadership of trade union structures such as the CFDT. The only way to counter this tactic is to strive to broaden the movement and open the perspective of a decisive victory as a real possibility.

In general, whatever the immediate outcome of the current struggle may be, the events we are currently living through bear witness to the social and political instability that is taking hold in France and which can only worsen, given the social and economic prospects for the future. This instability is spreading not only across Europe, but also in many other parts of the world, creating a situation in which "populism" and nationalism are taking root to an increasingly alarming degree. We often read that the term "populism" means nothing. But it does indeed mean something. It refers to the emergence of powerful political currents which capture and reflect a major shift which is underway in the social consciousness of the peoples concerned. In the last period this has been characterized by deep distrust of and hostility towards all "elites", particularly politicians, so-called democratic institutions, the media and various "experts".

The politicians ride this wave exploit the social consequences of capitalism to advance their own interests. They poison the consciousness of the people with nationalism and xenophobia, all the better to serve the interests of the ruling class that they pretend to challenge. We are raising the problem of the populist and nationalist danger here because what is at stake in the present struggles go far beyond the immediate issues which sparked them off, and we are striving to make this clear to all the workers involved in them.

Concretely, in the context of the gradual demolition of all the social conquests of the past, of impoverishment, and uncertainties and fear of what the future holds, the search for a way out can only ultimately take one of two possible directions : that of a resolute and serious class struggle to challenge and destroy the power of the ruling class and open the prospect of a new social order putting an end to exploitation and oppression, or else being channeled along the lines of "national" and "racial" mythology to seek salvation at the expense of other nations and races.

The outcome of the competition and struggle between these two fundamental forms of political consciousness will determine the fate of the working people in the years ahead and even – given the ravages of capitalism in the field of the environment and the ecological equilibrium of planet – the chances of survival of humanity itself. This perspective has to be understood in the context of the global economic outlook for 2020 or 2021. Since the world recession of 2007-2009, a major offensive has been carried out against living conditions and the rights of workers.

The apologists for capitalism explain the 2007-2009 crisis by the exponential growth of credit – that is to say, of debt – in the previous period. In fact, it was result of the saturation of the world market a market (or "overproduction") whose economic and social repercussions were considerably amplified by the colossal mass of debts contracted in the previous period and whose essential economic function was to postpone the crisis for as long as possible to by creating demand artificially and on a massive scale. The same apologists assured us, in the midst of the debacle, that the lessons learned from this experience would prevent a repetition of it in the future. And yet global debt has increased by 50% since 2009, with a sharp acceleration in the past 24 months. In 2017, global debt was 184 trillion dollars. Two years later, it stands at 247 trillion dollars, or 240% of world GDP.

All international institutions like the World Bank, the WTO, the IMF, the ECB, and the Federal Reserve forsee another global recession in the next two or three years, compounded by the rise of protectionism and trade wars, and also by the fact that many economically important countries are already in recession before the expected crash. And if many top banks claim that the repercussions of this next crisis will be less serious for themselves in terms of lost assets and profits, they are all of the opinion that overcoming it will require moving rapidly in the direction of further austerity and the destruction of all remaining obstacles to the untrammeled rule of profit such as protective labour laws, public services and social spending.

Thus, we see that the capitalists are of the same opinion as ourselves – albeit from the opposite point of view – with regard to what the future holds under present system. Il will be permanent austerity and counter-reform for as long as capitalism will continue to exist. Should they hear our warnings of “class war”, politicians and mass media experts would surely respond with a amused smirk. What is this out-dated terminology from some bygone age? And yet, this is indeed what awaits us – and at a level never seen in almost a century. The ruling class is preparing for it. It is as well that we should prepare for it too. In “democratic” Europe, the erosion or complete destruction of the social conquests of the past in gradually undermining the social base of the parliamentary regimes which imply a “social compromise” and the possibility of a peaceful coexistence of objectively antagonistic classes.

This possibility is getting weaker from year to year. Intense, bitter struggles are inevitable, struggles in which all the ideas, programs and methods of our organisations will be put to the test. The dominant and majority tendencies in the workers' movement at the present time, which base themselves on purely defensive strategies with the aim of mitigating the social consequences of capitalism within the framework of the system, with no serious alternative to capitalism in view – will show themselves to be hopelessly inadequate in the face of the reality of implacable counter-reforms. Our daily defensive struggles are necessary and indispensable, but they need to be linked to a political program presenting an alternative to capitalism. Removing the economic and political power from the capitalist class is the  essential condition for a transformation of society leading to real social progress and the fulfillment of the aspirations of all those who suffer the consequences of capitalism.

However, if a program for socialist change – which needs to be clearly worked out, explained and defended – fails to emerge in and around the workers’ movement in the coming period, then inevitably the despair which is presently driving "populist" tendencies will flow even more abundantly into the channels of nationalism, racism and ultimately, fascism and war. We do not present these perspectives for academic or journalistic purposes. They are above all a warning and a call to struggle, for the emergence of a program that is not only defensive, but opens the way for the revolutionary transformation of society. 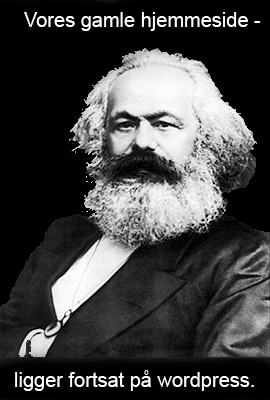 Demonstration lørdag i Kbh.: Nej til kup i Venezuela! 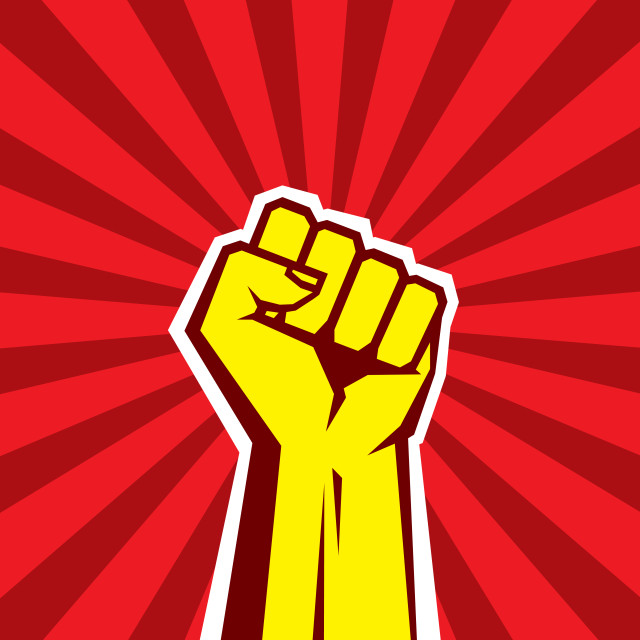 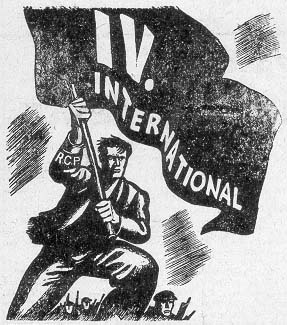 Go to top
Template by JoomlaShine